I have a new phone! Christmas gift to myself after I was fed up with my phone hanging all the time.

I bought this beauty: 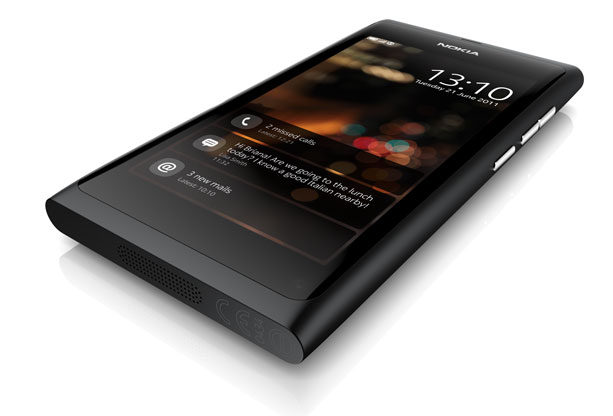 It’s a Nokia N9! It’s not an Android, nor is it a Windows Phone. But it has a Meego Harmattan OS! Yes, I know its a ‘dead’ OS but look how beautiful the thing is and it doesn’t look like a Samsung nor an iPhone.

I may also have this thing where if I see the same thing constantly I get twitchy. So I opted for a different phone and a different user experience. I’m totally in love with the Swipe UI and is quite similar to webOS. Actually, Meego Harmattan is very similar to webOS in a lot of ways: true multitasking capabilities and a very easy and intuitive UI.

It’s not exactly something I can put my finger on to explain but I end up frustrated when I use an iphone or an android phone for long.

One thing that swayed me to Nokia N9 aside from how exceptionally beautiful it is (no, seriously just look at the deep blacks and the way the text just floats on screen!) but its because it has a very strong developer community. It might not have the iOS ‘ecosystem’ but I won’t be lacking in apps.

I seem to have a knack of falling in love with OSes that are not as known, and I sometimes wish more people knew about because of how beautiful and wonderful they are to use.  The more I use the N9 the more annoyed I get at Nokia’s CEO, Stephen Elop for killing it prematurely and pivoting to using Windows as their main phone OS. I can’t help thinking that If the N9 is already wonderful with the N9, I can just imagine how fantastic it would be if it were developed further.

There might be some hope from the Sailfish OS developed by Jolla. Sailfish OS is based on Meego so I’m looking forward to seeing more of this OS.

The last few weeks of December has been extremely busy work wise and family wise but before things ramped up at work I was able to attend the 1st Women Entrepreneurs on Web organized by GDG Philippines Community Manger, Chelle Gray.

Chelle organized the Women of Entrepreneurs on Web with only less than week’s preparation and pulled it off awesomely!

It was great meeting other women and geek girls who are interested, or who are currently launching their own businesses. I was able to talk about my restaurant and even say a few words about Mozilla’s WebFWD program.

A few days later I was very fortunate to be invited and briefly sit in Mozilla Philippines Business Planning  session in Makati.

Then I had to pop over to Ideaspace‘s ‘Faces of Change’ event. Ideaspace is a non-profit incubator helping science and technology start-ups around the country. ‘Faces of Change’ held a forum with the top successful start-ups in the country ranging from chikka.com, kuyi mobile, morphlabs, rappler, shoephoric.com and sulit.com.ph.

I think meeting Maria Ressa was the highlight of the event for me although I didn’t end up as articulate as I thought as I’d be when I started mentioning WebFWD to her. I think I got out about a few sentences in before the fan in me kicked in!

To cap off this month, I joined Mozilla Philippines’ Tagalog Translation Marathon yesterday at Coffee bean and Tea Leaf, marking my first MozCoffee!

Since I’ve kind of made it mandatory to always mention WebFWD, I talk to a few people who seemed interested in joining WebFWD. I do hope they apply to the program! We also met Arky, a L10n Community Manager, I was able to speak to him briefly and he seemed to really like it here in the Philippines it is More Fun in the Philippines!

Mozilla Philippines actually has a contest running for the local L10n efforts:

Cute, right? I thought so too! I do hope I get one!

So that’s the recap for the last days of 2012. The world didn’t end on the 21st because as the Modern Mayans on the net reminded us – they do still exist and just ’cause their calendar ended doesn’t mean its the end of the world. After all, the Ninth Doctor did tell us the world would end 9 billion years from now when the sun expands.

A lot’s happened since I last posted and one of them is getting really sick for the one day I didn’t wanted to be sick for: The Rail Girls Manila seminar.

Maybe I was trying a lot too soon?

But before food poisoning downed me like an axed tree I managed to attend Form Function Class 2012 in UST (learning as much as I can about HTML 5 and Responsive Web Design) and a networking party for Startup Weekend Manila.

I enjoyed both events and I loved meeting the people, I love the energy they have, its like bringing the Open Source community and applying that same passion in real life. I love that people are happy to reach out and help. It’s a very awesome feeling to be part of.

I was also invited to a WebFWD talk where Didem talked about the Mozilla’s start-up accelerator program. I was so inspired by the talk I volunteered to be a scout for WebFWD — which, I was accepted to. I’m excited and anxious to start scouting, since I discovered what I wanted to do (the Lightning Strike Moment) I also realized how much I wanted to give back and help other people like me.

In its own words WebFWD is:

A three-month business creation program for startups around the world. The program consists of weekly training sessions & exercises, office hours with industry experts, ongoing coaching and guidance from the world’s best technologists. Upon graduating, teams can qualify for follow-on funding from Mozilla.

In other words, WebFWD is Mozilla’s three month Open Source start-up accelerator program, WebFWD offers mentorship from a team of industry experts as mentors without needing to relocate. All you need is a webcam and an internet connection, and off you go!

So, if you have a start-up, a team, a code and a dream maybe WebFWD is for you! All you have to do is apply!

I’m just starting out as a WebFWD Scout but I’m very excited to help!

(And anxious, did I mention anxious?)

On a good day, I make the web more awesome. On a bad day, I just make it suck less.

Tea & Tannis
Seminars in the Philippines

All you can have is KNOWLEDGE!

A writer who designs & a designer who writes

Find the perfect theme for your blog.

HAVE A PLAN TO VOTE